Experts warn political violence is coming. Christians can look to Scripture, not the American Revolution, for guidance. 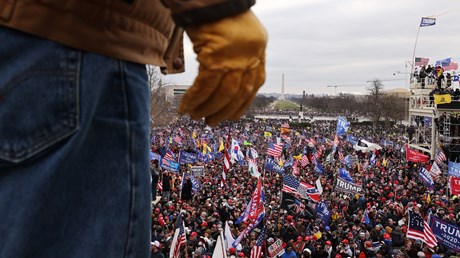 The seventh hearing of the congressional committee investigating the sedition at the Capitol on Jan. 6, 2021, was much about violence: who did it, who encouraged it, who knew it was coming yet did not intervene.

“The crucial thing is the next step: What this committee, what all of us, will do to fortify our democracy against coups, political violence,” said Rep. Jamie Raskin (D-Md.) toward the end of the hearing. Political violence, he said, is “the problem of the whole country now.”

Raskin is far from alone in raising alarm about the possibility of political violence—seeking political ends through violent means instead of normal, peaceful processes like voting, running for office, lobbying, or protest.

“We know from other countries that have descended into really serious political violence that this is a trajectory, and we’re on it,” researcher Rachel Kleinfeld warned in a Washington Post article Monday. “We’re actually pretty far advanced on it.”

Kleinfeld said we could see rising right-wing militia violence as well as violence from a “disaffected left.” She ominously projected that the “percentages of Americans endorsing violence are approaching Northern Ireland’s Troubles at their height in 1973.”

(The scale of this kind of political violence can vary widely, from an individual’s attack to a revolution, but the Troubles are a good example of what many anticipate happening in the US—“episodes of violence were largely localized, and in the background” yet normal life continued though “everyone was more fearful and depressed.”)