With church funerals and burials no longer the norm, pastors hope to restore occasions to gather and remember. 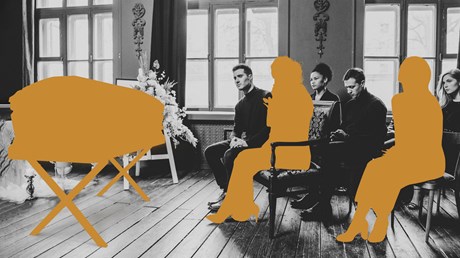 Surging cremation rates are upending traditional practices around death, as more people opt out of traditional church funerals and some skip communal experiences of grief altogether.

Randy Anderson, who has worked in funeral homes in Alabama for over 30 years, tells the story of a widow who chose to forgo a funeral for her husband, instead cremating his remains and keeping the ashes at home. Then every few months, she’d bump into acquaintances who would ask how he was doing.

If trends hold, more than half of Americans who die this year will be cremated, compared to just 4 percent in 1960. The proportion is expected to reach nearly 80 percent by 2040, according to the National Funeral Directors Association (NFDA).

Families who chose cremation are less likely to gather together with others: 38 percent do not host a service, compared to 35 percent who offer a memorial service and 27 percent who provide a casket and viewing prior to cremation.

“There is a myth that if you have no service and move along, the grief will go away,” said Anderson, who serves as president of the NFDA.

But like the widow with the delayed funeral, people need to grapple with death alongside fellow mourners. “Grief shared is grief diminished,” he said.

Many choose cremation for economic reasons: An average funeral with burial and viewing is $7,848 compared to a direct cremation at $2,300. It’s also more convenient, as geographically dispersed families need flexibility to delay the service or to gather in a different location. The COVID-19 pandemic …