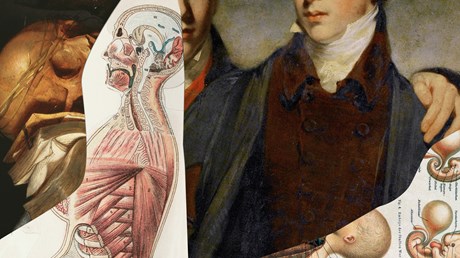 This article is the final of a four-part series based on the upcoming book by Marvin Olasky and Leah Savas, The Story of Abortion in America: A Street-Level History, 1652–2022.

When two young boys in a family learn that their three older brothers and their father have died of yellow fever, how does that affect their thinking about life and death? In the Hodge family two centuries ago, that consciousness led one brother to become the 19th century’s pioneering pro-life doctor and the other to become a pro-creation theologian who wrote three volumes of systematic theology still read in seminaries today.

The older of the two survivors, Hugh Hodge, graduated from Princeton and the University of Pennsylvania School of Medicine to became ship surgeon on a voyage to India. There, during a deadly cholera epidemic, he saw the Hindu “burning of a widow with her dead husband” atop a funeral pyre. She did not resist when the fire was lit, and he hoped she suffocated from smoke before feeling the flames.

Hodge almost died when the ship nearly sank on the way back to America. For most of the 1820s, Hodge served as doctor of the Philadelphia Almshouse Hospital in the poorest part of the city, where sometimes all went well and other times typhus raged: “Few escaped the poison. … The mortality in the house was great.” Hodge again almost died, but then recovered, joined a Presbyterian church, married, and had seven children.

In the 1830s, Hodge became professor of obstetrics and the diseases of women and children at the University of Pennsylvania. Each fall, Hodge presented an introductory lecture on obstetrics, but he did not speak about abortion until three deaths made him face that misery.