Survey finds they seek counseling and support at higher rates than in secular schools. 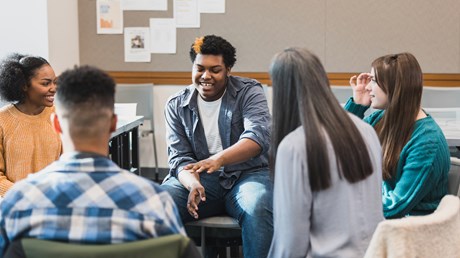 The high levels of involvement by teachers and professors at Christian schools have correlated with more referrals for mental health care during the pandemic.

Students at faith-based schools may be more willing to seek support because they are encouraged to do so by teachers or professors, said Stephen Brand, a licensed professional counselor in private practice and outpatient therapist at Renew Counseling Center at Southern Nazarene University (SNU) in Oklahoma.

Brand said the smaller student-to-professor ratio at schools like SNU means students develop more personal relationships with professors and often open up about difficulties in their lives. Scott Secor, who codirects the SNU center, said many of the students they treat are referred by residence life staff, professors, and coaches.

During the last school year, up to 30 percent of Gen Z students received mental health support from their schools, according to a new study from Springtide Research Institute. At religious schools, they sought out that support and said they felt cared for by the adults who worked there at higher rates.

Between fall 2021 and spring 2022, Springtide surveyed 3,139 students aged 13–25, including 313 students at religious (primarily Christian) secondary schools and colleges. The survey has a margin of error of 3 percent and 5 percent for the religious schools subgroup.

Teens and young adults at religious schools were also more likely to see their schools as places where adults care about them; three quarters said adults …