How the cult of imagined heroism is bringing down our nation’s institutions. 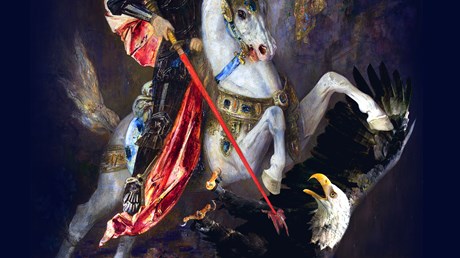 As a kid in the 1980s, I heard dire warnings from my evangelical elders about the fantasy role-playing game Dungeons and Dragons. It was, we were told, a foothold of the occult.

Although I never played D&D, I didn’t take these admonitions all that seriously, because I reasoned that the same logic could be applied to Tolkien’s Lord of the Rings or Lewis’s Chronicles of Narnia.

Now, in the 2020s, I am wondering if my evangelical elders weren’t partly right about the way fantasy role-playing can paganize a culture—just not in the way they expected.

In this month’s Atlantic, Jennifer Senior explores a similar thought in relation to nationalist political strategist/right-wing media personality Steve Bannon, who is currently indicted on charges of contempt of Congress regarding his alleged role in the January 6 insurrection.

Putting aside what I think about Bannon himself, I was struck by one section of the article that explains much of what’s happening in America right now.

Senior points to a 2018 documentary in which Bannon explains to a filmmaker how, when working in the internet gaming industry, he was surprised to learn just how many people are devoted to playing multiplayer online games. Bannon interprets this intensity through the grid of a hypothetical man, Dave from accounts payable, in the days after his death.

“Some preacher from a church or some guy from a funeral home who’s never met him does a 10-minute eulogy, says a few prayers. And that’s Dave,” Bannon says. He contrasts this boring, real-life Dave from accounts payable with Dave’s online gaming …