A sociologist explores some of the factors driving them away, but her “accrued resentments” get in the way of a fair picture. 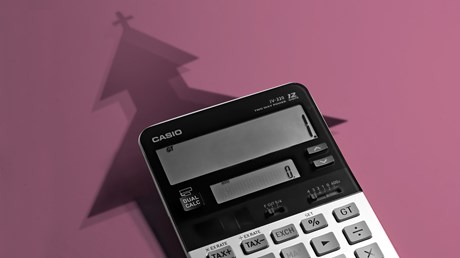 Evangelical women have long attended church at higher rates than evangelical men. But today that gap is narrowing, not because more men are coming but because more women are leaving. Such women are increasingly likely to “deconstruct” their faith or identify as “nones”—a rising population of the religiously disaffiliated.

Many grew up in strict or more fundamentalist traditions, where hard questions were discouraged, women were undervalued, and denominational subcultures shaped their resentments in young adulthood. Speaking with a variety of spiritual coaches focused on deconstruction earlier this year, I learned that clients are often ex-Mormons or women hailing from harsh, patriarchal churches where their voices were silenced.

Katie Gaddini is a pastor’s kid who departed evangelicalism years ago, but the fingerprints of her past remain. She began to untangle the reasons behind her own discomfort in the church and the resentment she saw from others while doing research for her new book, The Struggle to Stay: Why Single Evangelical Women Are Leaving the Church.

A kinship and a disconnect

Gaddini is a sociologist at the Social Research Institute, which is part of University College London. To prepare for writing her book, she embedded herself within a close-knit community of single, evangelical women for over four years, marinating in the culture she once knew so well. As a single woman herself, her study centers on what she describes as “irreconcilable” differences between faith and feminism, religious patriarchy, and inequality for women within the church.

These factors and more drive the book’s mission to uncover why so many single, evangelical women are leaving. While the …