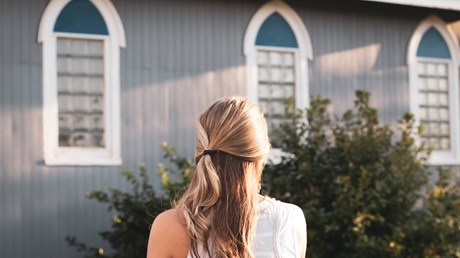 For decades, we’ve thought of women as more religious than men.

Survey results, conventional wisdom, and anecdotal glimpses across our own congregations have shown us how women care more about their faith, though researchers haven’t been able to fully untangle the underlying causes for the gender gap across religious traditions and across the globe.

Now, recent data shows the long-held trend may finally be flipping: In the United States, young women are less likely to identify with religion than young men.

The findings could have a profound impact on the future of the American church.

As recently as last year, the religion gender gap has persisted among older Americans. Survey data from October 2021 found that among those born in 1950, about a quarter of men identified as atheist, agnostic, or nothing in particular, compared to just 20 percent of women of the same age. That same five-point gap is evident among those born in 1960 and 1970 as well.

For millennials and Generation Z, it’s a different story. Among those born in 1980, the gap begins to narrow to about two percentage points. By 1990, the gap disappears, and with those born in 2000 or later, women are clearly more likely to be nones than men.

There’s also a gender gap in church attendance. This pattern has been so stark that Pew Research Center found in 2016 that Christian women around the world are on average 7 percentage points more likely than men to attend services; there are no countries where men are significantly more likely than to be religiously affiliated than women.

In the US, older men are more likely to say they never attend church services …