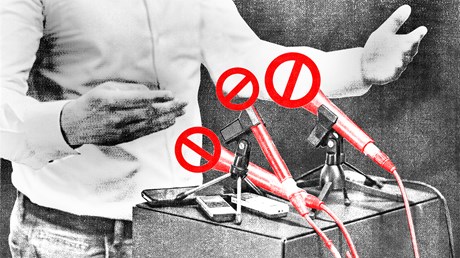 Is the church going to make a statement?”

“Are you going to speak out?”

“What does the church have to say about this?”

Fifteen years ago, when I started in pastoral ministry, I was expected to refrain from commenting on political issues. Now, my congregation expects that I comment on every political issue. If pastors don’t make a public statement in reaction to the news, we’re not doing our jobs.

The pastor and the church sit in a strange place. Pastors often function as mediators of the Word for the lives of their congregants. But this has been twisted. In a time of political obsession, pastors and churches are no longer “mediators” of a mystery but public relations representatives for the American church.

Many look to the church to provide and maintain a favorable public image of God or to take a hard stance in an increasingly polarized world. We likely chose our church because of shared values; so we want our pastors to tell us how we are feeling and to reflect our feelings back to us—to say what we cannot say. Many of our expectations come from a misunderstanding of what the church is and what the pastor’s role should be.

Public relations serve to maintain image and brand. Those in PR are interested in supplying a kind of language that satisfies a consumer—the public. Public relations firms spin messaging to convince someone of something that (most …