Our view of gender roles and relations should begin with Christ’s pattern of humility. 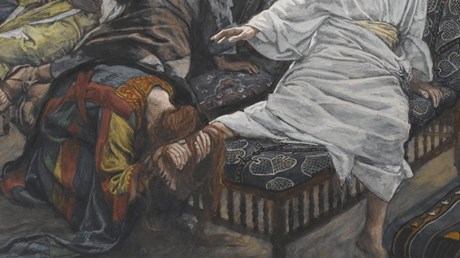 Jesus’ own disciples frequently missed what he was doing. James and John wanted preeminent posts in his kingdom, advocating for places of power, prestige, and authority. Jesus responded by essentially telling them they were missing the point. His kingdom didn’t operate like the kingdoms of the nations.

For Elyse Fitzpatrick and Eric Schumacher, the intra-evangelical debates around gender and gender roles in the last few decades seem to repeat the mistaken focus of James and John, concentrating on questions of who gets to be in charge and missing the humble and lowly pattern of power exercised by Jesus. In Jesus and Gender: Living as Sisters and Brothers in Christ, Fitzpatrick and Schumacher attempt to move beyond the decades-old framework of complementarian versus egalitarian when it comes to matters of gender and gender roles in marriage, the church, and society.

Avoiding most of the standard terms that characterize much of this debate, they focus on a “Christic” paradigm, arguing that the gospel and the shape of Jesus’ life, death, resurrection, and ascension show that true power manifests itself in service and that true authority validates itself through self-giving humility. The good news of Jesus shapes everything, including how women and men relate to each other.

In the first three chapters, the authors provide the theological foundations for their approach. Jesus should be at the center of our theory and practice of gender and gender roles, and if we fail to catch the way he reframes power and authority, we’re likely to import a worldly definition of those matters into our lives. Forgetting the centrality of Jesus, they point out, has devastating impacts on marriages …