As a friend of the late seminary professor, I saw up close his deep character and life-long care for the disenfranchised. 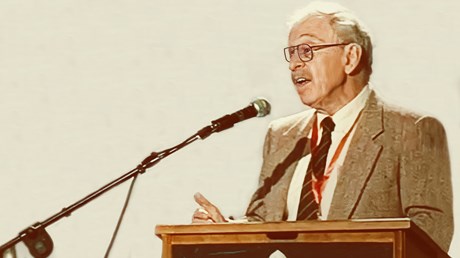 I first heard of Ron when New Testament scholar Gordon Fee declared that Rich Christians in an Age of Hunger was one book every North American Christian should read.

Gordon was not given to exaggerated book endorsements, so as a college student, I saved up my coins and bought a used copy. I had recently been reading 40 chapters of the Bible a day, so I was very familiar with the book’s recurrent message about caring for the poor. As I read Rich Christians, I was struck: Here was an author who genuinely paid attention to Scripture’s emphasis on this theme.

Eventually, I discovered that Ron also advocated for racial justice and challenged apartheid, even at a time when those stances were still controversial among many white evangelicals in the United States.

Ron was always ready to learn. His commitment was not to a specific economic theory but rather to helping people in need. In that spirit of humility, he adjusted his approach to particular economic solutions in revised editions of Rich Christians. His PhD was in Reformation history, not global economics.

I knew less about economics than he, so I wouldn’t have known the difference had he not told me later why he made the revisions. His initial approach to economics needed adjustment, he told me, but still, he hoped people would remember that he and his colleagues were right about apartheid.

Some of the more extreme …