Only revival with reformation can heal the American church from its spiritual trauma. 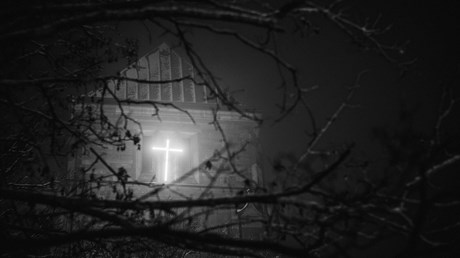 This past week’s bonus episode of CT’s The Rise and Fall of Mars Hill podcast featured a conversation between my colleague Mike Cosper and therapist Aundi Kolber about the effects spiritual trauma can have on one’s body.

The dialogue has haunted me ever since because it’s prompted me to ask whether American Christianity has experienced collectively how some experience trauma individually—and whether that might provoke us to consider what we are asking for when we pray for “revival.”

In the interview, Mike asked how someone who has experienced a spiritually toxic environment could begin to heal. Kolber—referencing work such as Besser van der Kolk’s influential book The Body Keeps the Score—says she begins not with how a traumatized person thinks about a situation but, first, with what that person’s body is showing.

That’s because, she argues, we can numb our perception to realities that we don’t know how to make sense of. But, she says, the nervous system often points the way—signaling that something is wrong by manifesting a variety of symptoms, sometimes long before the mind is ready to acknowledge that there might be a problem.

It’s important to recognize this, Kolber says, and to not speed through healing from trauma. Often people want a checklist of ways to recover from a horrible situation—including spiritual abuse or trauma—so they can “move on” quickly with their lives.

But the path to healing is not so simple, she argues. It usually requires a slower, more deliberate attempt at grounding and sorting through what happened. This is …