Church and pastoral abuse can trigger a unique form of PTSD. 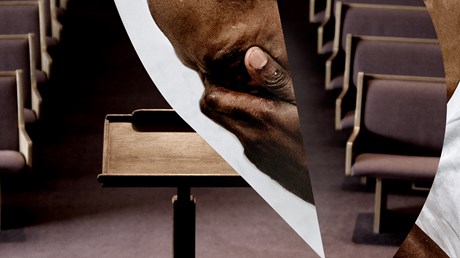 I first encountered the concept of moral injury during my MDiv program at the University of Chicago in an anthropology class called Humans After Violence.

The MDiv program required each of us to intern at a site of our choosing for the middle year of the program, and I’d opted to work with the clergy at my church. Earlier that year, our church had discovered reports of our priest’s abuse of power, and he was removed from leadership.

Initially, my school supervisors worried it might be a bad idea for me to work at a church where so many of us still felt betrayed and uncertain. But I wanted to conduct my internship at a church that was asking questions about how to do community and how to steward power well—rather than at a church that could gloss over these conversations simply because they were functioning better.

Halfway through the internship, I signed up for the class hoping it would help me understand what our community was experiencing. The professor told us she aimed to explore “where violence leaves us—or rather, how violence doesn’t leave us.”

Through examining various case studies, I learned that trauma is not necessarily about the way someone is hurt but about how they carry their hurt. I also discovered that the concept of PTSD was developed by mental health professionals who worked with Vietnam veterans.

What captured me the most, though, was the concept of moral injury—a term developed by these military therapists after they noticed that some classic PTSD symptoms in vets were sparked not by a reminiscence of physical threat to life but by a profound violation of their moral sensibilities. Moral injury could occur, for instance, after obeying a trusted superior’s …