20 European groups join as focus shifts to the internally displaced and their long-term trauma. 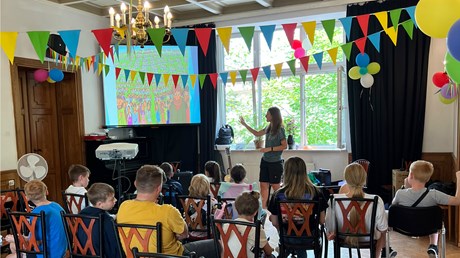 Her mother died of cancer. Her father was killed in the war. When her home in Donetsk was destroyed by a Russian missile, retreating Ukrainian troops brought the eight-year-old orphan and her grandparents and uncle to volunteers serving with the Chernivtsi Bible Seminary (CBS), 680 miles to the west.

Their only possessions were the clothes on their backs.

Resettled in temporary housing, last month the uncle was called back to the front lines. The girl has been sent to a Christian camp, and the seminary—serving as a ministry hub for the internally displaced—is doing what it can to assist.

“We did not think that serving a refugee is such a complicated process,” said Vasiliy Malyk, CBS president. “But no matter how difficult it may be, we can help them at least with some dignity.”

It is a team effort, and once tallied the numbers both stagger and pale in comparison to the need.

The Alliance for Ukraine Without Orphans (AUWO) has mobilized 3,000 volunteers to provide temporary housing for 6,000 people, mostly women and children. It has evacuated 38,000—more than two-thirds of which have been orphans. Nearly 59,000 people have received some sort of humanitarian aid.

“When the war started, everyone was focused on responding,” said Ruslan Maliuta, a former AUWO president and current network liaison for One Hope. “But then we realized the war is going to last, the crisis is huge, and the response will require us all to work together.”

To do so, in April the World Evangelical Alliance (WEA) launched The Response—Ukraine Special Taskforce (TRUST), with Maliuta as its leader. AUWO united with Ukraine’s Baptists, Pentecostals, and seven other national church and …