My kids ask the darndest theological questions—putting my seminary degree to the test. 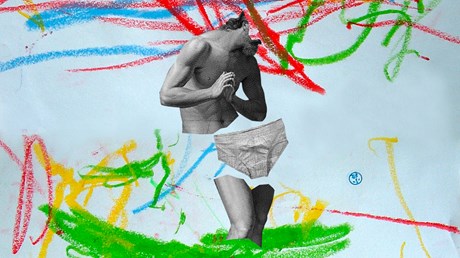 I was six months pregnant when I walked across Fuller Seminary’s commencement stage in 2012. Underneath the cap and gown, my mind and body felt full: the former with all the theology I’d read to complete my master’s degree, and the latter with anticipation for my forthcoming life as a mother.

After graduation and before my first daughter was born, I had a dream of propping her up on my lap to look at an ABC board book that began with Augustine and ended with Zizioulas. This was, I think, my psyche’s way of creating some continuity from one chapter of life to the next. But as all new parents can attest, babies don’t work like that.

Arriving a little past her due date at just past 3 a.m., my firstborn was a healthy, pink tornado that ripped through my orderly and cerebral life. Then three years later, my second daughter, Olivia, was born.

For an exhausting decade, my husband and I have juggled two kids and two full-time jobs with little time between sending emails and changing diapers (and then Pull-Ups and big-girl britches) to read theological texts.

I’ve got what many call the “mommy brain”—I’m a whiz at detangling bedhead hair, getting slime out of the carpet, and making Razzle Dazzle Berry Smoothies, but I’d be hard pressed to describe the variety of atonement theories I learned about in Systematic Theology II.

Yet even if I had remained in tiptop intellectual shape, explaining the Christian faith to my daughters would likely be just as mind-bending as it is now.

Why? Because children make for a unique audience, quite unlike what you’d find in most seminary classrooms—they are simultaneously “religious” and “secular.” …