The author and new director of Theos offers a look at the race and faith conversation from the other side of the pond. 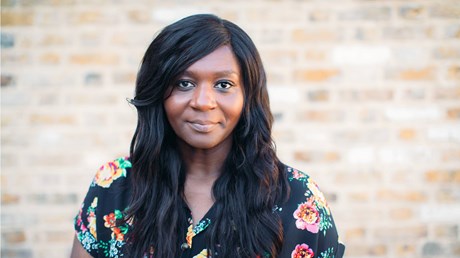 They didn’t teach her about James Cone at Cambridge.

Chine McDonald says she came late to the Black theologian but wishes she had been reading him at university. Lately, more Black American authors have stacked up on her book shelf: Esau McCaulley, Austin Channing Brown, Dante Stewart.

McDonald—the new director of the London-based evangelical think tank Theos—is one of the most prominent Black evangelical voices in Britain, but she has one eye gazing across the pond as she considers the dynamics of race and faith in her home country.

“I think one of the differences is that in the UK we have fooled ourselves to thinking we’re not like [America],” she told CT. “The past few years are showing us that actually we haven’t moved as forward as we would have liked to in terms of race and racial justice in our country.”

For one, “there’s almost this unwritten understanding in the UK that you can never be British if you’re not white,” she remarked.

Yet, Black Christians like McDonald represent one of the most vibrant and growing segments of the British church. Black-majority churches, filled with third- and fourth-generation immigrants, are responsible for boosting church attendance and growth in London as Anglican parishes shrink. McDonald spoke with CT in 2019 about how the growth of African and West Indian Christianity is changing the UK.

Both in England, where she grew up, and in Nigeria, where she was born, McDonald’s faith came through a British cultural lens. It wasn’t until her 20s that she began to rethink the expectations that came with it. Last year, she wrote a book called God is Not a White Man: And Other Revelations.