Education is important. But the answer lies in family discipleship, not culture wars. 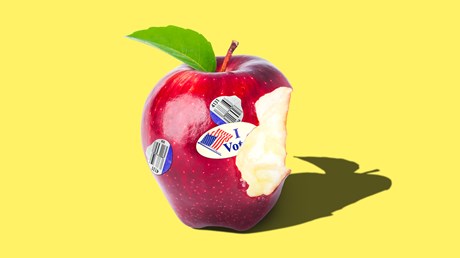 Back to school this election year will mean back to school-board battles. Back to viral clips of distraught parents reaming out officials; back to politicized debates about parental rights; back to enjoinders, both earnest and conniving, for evangelicals and political conservatives to take over their school districts because America’s future depends on it.

This is but the latest iteration of a longstanding strategy, the result of primary education’s re-emergence as a source of partisan realignment in the last two years, significantly because of the COVID-19 pandemic. The basic argument is familiar culture-war fodder.

When I was an evangelical kid in the 1990s, worries around the moral devolution of American public schools felt ubiquitous. Then controversies emerged over evolution, sex ed, and school prayer. America was in trouble because we’d “taken God out of schools.” Now the focus is policies and curricula on race and gender. Again we hear that America is in trouble because we’ve “taken God out of schools” and that the solution is to claim political power and force God back into the schoolhouse.

There’s a compelling logic to this plan. Whatever your politics, the core idea of joining or regularly lobbying the school board to improve our kids’ education has an obvious appeal. Who doesn’t want their child’s schooling to be virtuous, rigorous, and healthy? It may seem not only sensible but glaringly obvious to seize this power where available.

But what if culture war is the wrong approach entirely? What if we’re confusing a symptom for the illness itself and therefore applying a mistaken remedy?