I was a narcotics officer on the brink of suicide when God began his mighty healing work. 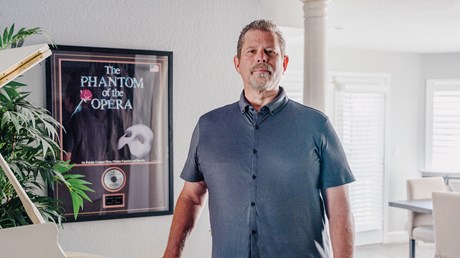 About 12 years ago, I was parked on a dark frontage road in the San Francisco Bay Area. It was about 9 p.m., and I had just finished helping another city’s narcotics team serve search warrants.

I was writing a letter to my wife—a suicide letter. I placed the notepad on the passenger seat and clipped my badge onto it. I cleaned my department-issued undercover car, removing the empty bags of fast food—a cop’s diet. (I didn’t want the responding officers to think I was a pig—no pun intended.) Then I pulled out my gun as I contemplated the most effective way to ensure a quick and painless death.

As a police officer for over 25 years, I had responded to calls that few could imagine, and I had investigated dozens of suicides. How had my life spiraled out of control to the point of wanting to commit one myself?

I grew up in a middle-class family, working for my dad in his auto repair shop. I loved working on cars, but I didn’t want to do it for a living. One night, I went on a police ride-along. I loved it! I knew I had found my calling.

Police protect the thin line between good and evil. They witness the worst that Satan has to offer. The job requires the patience of a pastor, the wisdom of a judge, and the strength and stamina of a professional athlete. One minute, you are driving a patrol car eating donuts; the next, you’re chasing a burglar over fences. Few can endure the emotional stress and physical wear and tear.

I was taught at an early age to suppress my emotions. Looking back, I don’t know how I did it, but I was good at it. Never in a million years did I think that those emotions would surface at some point. Yet after 10 years, PTSD had taken hold. Outwardly …