In a performative age, brazenness gives an illusion of strength. 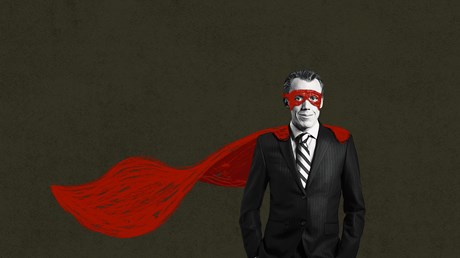 For most of the year, a friend in England and I have debated whether his country’s politics are becoming more American. Much of it had to do with the roiling scandals around Prime Minister Boris Johnson. My friend was constantly telling me, “This time, Boris is done for,” but I was never quite sure. Ultimately my friend was right, and Johnson’s Conservative Party forced his resignation. But critics agreed that he stuck it out as long as he did because, as many put it, “Shamelessness is a superpower.”

A sense of personal disgrace used to lead those whose scandalously bad character was exposed to voluntarily step aside in contrition. When the tabloid publishes pictures of the senator with a model on his lap, he would announce that he was going to spend more time with his family. When the tobacco company CEO’s notes are found about how to conceal the addictiveness of nicotine, he would “seek other opportunities.”

This was about more than just a public sense of right and wrong. Most people couldn’t bear the humiliation of the public knowing about their sexual exploitation of an intern or hearing their own recorded voice bragging about how their star power allowed them to grab women by the genitals.

But then the people with this sort of shame were sorted out, leaving behind those who didn’t blush when they said, “It depends on what the meaning of is is” or “This is just locker-room talk.” Those who don’t feel shame have learned that, eventually, most people will be exhausted and move on while their hard-core “base” will learn to normalize whatever the character flaw is.

This is not just in government. If Billy Graham or Mother …