In a recent survey, Baptists are the least likely to endorse women in deacon or senior pastor roles. 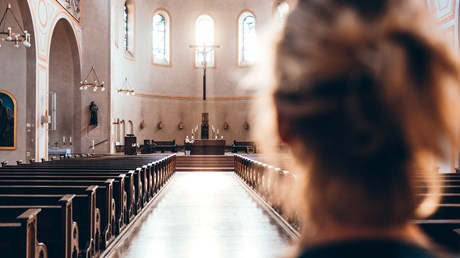 Most Protestant pastors say a woman could be the senior pastor at their church, but that varies dramatically among denominational groups.

A Lifeway Research study asked US Protestant pastors about six potential leadership roles and if women are permitted to hold them in their congregations. While a slight majority say the position of senior pastor is open to women, a broader consensus exists for other positions.

Close to 9 in 10 pastors say women could be ministers to children (94%), committee leaders (92%), ministers to teenagers (89%), or coed adult Bible study teachers (85%) in their churches. Fewer say a woman could be a deacon (64%) or senior pastor (55%), while 1 percent say none of these roles are open to women. Fewer than 1 percent say they are not sure.

“Someone without context may think differences of opinion on where women can serve in church are simply fickle or archaic perspectives. But these are not questions of opinion as much as biblical interpretation,” said Scott McConnell, executive director of Lifeway Research. “This question has been debated for centuries with biblical scholars in different denominations coming to different conclusions about what Scripture means.”

Due to specific convictions about biblical interpretation, different Protestant denominations have varying levels of openness to women serving in certain leadership positions. In general, pastors at mainline congregations say their churches have fewer restrictions on the roles in which a woman can serve compared to evangelical churches.

Large majorities of pastors at both evangelical and mainline churches say women can be ministers to children (94% and 97%), committee leaders (93% and 95%), ministers …