Why praising the Most High requires a physical body. 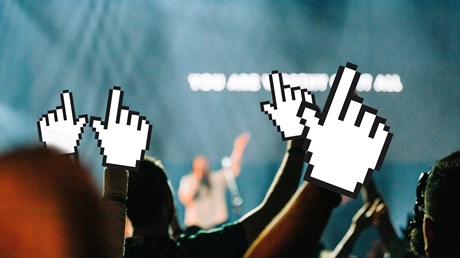 Visit the Kodaiji Temple in Tokyo, Japan, and a six-feet-four, 132-pound robot priest named Mindar will give you a 25-minute sermon on Heart Sutra. Mindar’s ability to preach suggests a near future where artificial intelligence (AI) robots broadly replace human religious leaders.

Christian churches may soon be considering how AI and smart machines can shape their liturgies. One case in point is a Christian AI musician created by Marquis Boone Enterprises. Based on software algorithms, this AI musician recognizes different patterns of songs and composes new ones through replication of the patterns.

But does AI’s ability to replicate religious service elements mean that it is capable of worship or leading religious gatherings? Or does the relationship between our bodies and our consciousness give us a unique capability to praise the God who made us in psychosomatic unity?

The hope for human-level AI and the concern about AI robot ministers are both largely rooted in the conviction that human consciousness can be reproduced through emulating the human brain. In the past several decades, AI researchers have developed artificial neural networks (ANNs), also known as simulated neural networks. These neural networks are silicon-based systems––contra the carbon-based human brain––and comprised of many interconnected nodes. The nodes mimic biological neurons and work together to perform functions of the human brain in AI systems.

Those endorsing conscious AI see ANNs and the human brain as computers. They more often than not blur the distinction between human consciousness and artificial consciousness. For example, some advocates of the computational model of the brain even argue …