There are lots of reasons to oppose capital punishment. Among them: When a prisoner is a fellow believer. 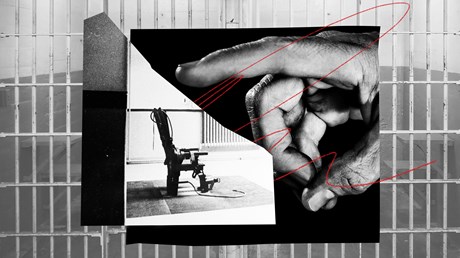 Recent statistics show that the vast majority of 2022’s executions have or will take place in the Bible Belt, a fact in keeping with broader historical trends. White evangelicals are the strongest supporters of capital punishment in the United States, often drawing on biblical concepts like “an eye for an eye” to justify their position.

In fact, those carrying out the executions sometimes understand themselves as doing God’s work and draw on Christian ideas accordingly. One former prison warden (now the head of Mississippi’s’ corrections system) has regularly spoken of his ministry in offering to pray with prisoners while overseeing their lethal injections.

But as the recent death penalty case of Ramiro Gonzales reminds us, some men and women on death row embrace faith in Christ during their time in prison. More broadly, there are thousands of Christian believers behind bars—many of whom bear the brunt of punitive policies and sentiments that are promoted, in no small part, by some of their fellow American Christians.

And so, while some Christians may see prison primarily as a place where unregenerate souls need saving alongside their harsh punishment, my encounters with incarcerated people have ultimately challenged that perception.

A few years ago, I began volunteering for a North Carolina prison ministry and saw firsthand how God is at work in our nation’s prisons. In fact, the longer I served, the more I realized how much of the incarcerated population already includes our fellow brothers and sisters in Christ.