The appellate ruling sides with the Christian Medical and Dental Society and a Catholic hospital system that opposed the federal rule. 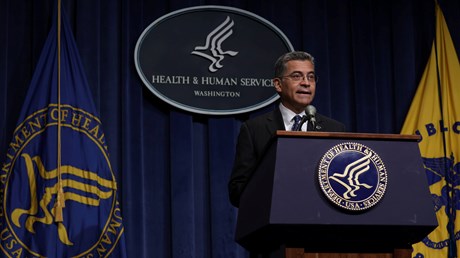 The Biden administration has received another setback from a federal court—this time at the appellate level—in its effort to institute transgender rights even at the expense of freedom of conscience.

The US Fifth Circuit Court of Appeals in New Orleans blocked last Friday a Department of Health and Human Services (HHS) rule that required doctors and hospitals to perform gender-transition procedures, as well as abortions. The unanimous opinion by a three-judge panel upheld a 2021 permanent injunction by a federal court in Texas that barred enforcement of the regulation—an action also taken by a federal judge in North Dakota.

The Biden administration’s support for transgender rights experienced another court defeat in July, when a federal judge in Tennessee blocked enforcement of guidelines from the Department of Education (DOE) and Equal Employment Opportunity Commission (EEOC) while they are being legally challenged by 20 states. Those rules mandated schools must permit students to use the restrooms and locker rooms, as well as to compete on sports teams, of their gender identity instead of their biological sex.

A Southern Baptist ethics leader cited the Baptist Faith and Message in commending the decision.

“Baptists have long recognized ‘God alone is Lord of the conscience,’” said Brent Leatherwood, acting president of the Ethics & Religious Liberty Commission. “This ruling adheres to that truth and protects doctors and health-care providers from violating their consciences by conducting gender-transition surgeries or abortions.