When leaders admit wrongdoing, we should respond with quiet sobriety, not clapping. 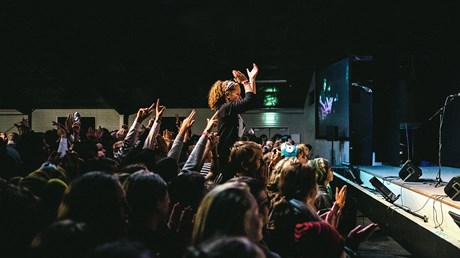 Yesterday, I finished a 17-year ministry at Southern Hills Baptist Church in Sioux City, Iowa. Our attendance was the highest it’s been in a long time. I did what I’ve done week after week, Sunday after Sunday, since August 28, 2005: preach a text of Scripture.

After church, we had a potluck dinner and enjoyed warm fellowship. Members expressed love for my wife and me, sorrow that we were leaving, and prayers for our future. We received a basket of cards with some generous gifts and messages that made my wife cry. It was a wonderful way to wrap things up.

What I didn’t receive was a standing ovation.

Yesterday, Matt Chandler stood before his congregation to admit to inappropriate text interactions with a woman other than his wife and to announce he was taking a leave of absence. He claimed the messages were not sexual or romantic, but he withheld any further details.

With that in mind, I’m not addressing Matt Chandler’s sin (or whatever other words he used to describe it). Reading about his imbroglio just got me thinking.

In the accounts of Chandler’s actions, I looked for one thing and, sure enough, saw that after he confessed to his congregation, the church gave him an ovation. Another pastor stood to “define the narrative” by telling them what their ovation meant, and then congregants gave Chandler another round of applause.

I am annoyed at this response. I’m an old codger, so I am authorized to do “get off my lawn” rants. When did it become appropriate to give standing ovations to those who have committed disqualifying (or near-disqualifying) sins in ministry?

You might remember Jules Woodson’s public story of sexual abuse. After years of denial and evasion, …