Amazon’s “Rings of Power” series adds to what Tolkien termed the “Cauldron of Story,” where sub-creators mix up the stew of God’s creation. 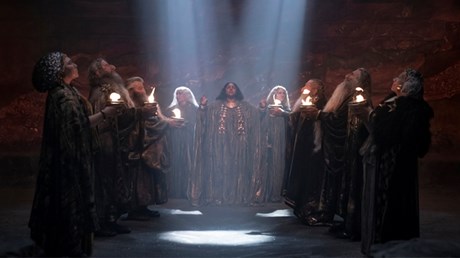 I’ve read the Lord of the Rings so many times I have sizable swaths of it memorized. It doesn’t require much to get me reciting lines about the sound of horns echoing dimly in dark Mindolluin’s sides, or to call out a foul dwimmerlaik for his deeds and trespasses. I’ve loved Tolkien since I first read him. I always will. And I know I’m not alone.

That kind of love for Tolkien is behind a lot of the anxiety I hear when people talk about Amazon’s forthcoming Rings of Power series. To be fair, they come by their anxiety honestly. Everyone has seen at least one story they love treated poorly, and the experience often leaves a scar. It hurts. I get it.

I’m optimistic though. My wife will tell you I’m positive to a fault when it comes to these things. But the disappointment doesn’t deter me. I’ve got to steel myself against it if I want to find the rare wonder. And despite evidence to the contrary, I believe there’s always a new wonder out there waiting to be found.

Tolkien would agree with me, I think. He championed the idea of humans as sub-creators—images of God who take creation and reshape it into endless lesser creations. In this new Lord of the Rings series, people are doing exactly that. They’re borrowing from the master’s legendarium and fashioning new tales and new characters and new visions of the world they love.

In his essay “On Fairy-Stories,” Tolkien gives us the “Cauldron of Story”—a great kettle into which all our tales and histories are tossed and boiled. They stew and combine, and in each generation, new flavors are added, and new soups are tasted and served up for the good of …