A selection of articles on the late leader’s global legacy. 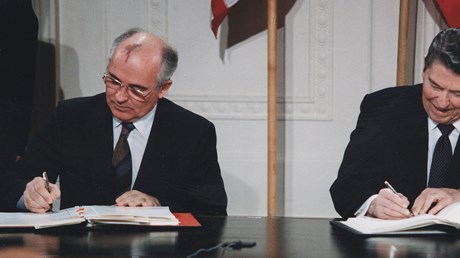 When Mikhail Gorbachev first took his place as the leader of the Soviet Union in 1985, many people, including CT writers, assumed he would “continue [the Soviet government’s] campaign against religious believers regardless of who leads the country.” But perceptions about his faith changed as the fall of the Soviet Union transpired and visits to the Crystal Cathedral and the tomb of St. Francis of Assisi sparked debates about his thoughts on religion. While some Chistians speculated about Gorbachev’s relationship to end times prophecy, CT writers looked for new signs that the former Soviet might be open to the Christian message.

In light of Gorbachev’s death, check out a compilation of CT archive articles with a chronology of the former leader’s relationship with Christianity.