Only walking in the Spirit can renew our fleshly thinking into a kingdom mindset. 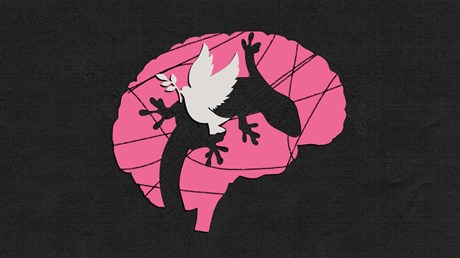 Have you ever said something and then, moments later, cringed with shame as you replayed it in your mind? If so, you’ll know the sort of feeling I had a couple weeks ago.

I was talking with an expert on social media polarization who was not a Christian. She made an insightful and compelling case about why so much radical, crazy content gets traction, including within the church.

The algorithms recognize, she said, how emotions work. Emotions like affection, wonder, and curiosity don’t prompt people to linger on posts—much less to spread them. But anger and fear do.

When I asked, “So how is this fixed?” she predicted that things will get worse and worse because “What can you do about the reptilian brain?” I nodded sadly and said, “I know.”

Her point was that social media technology exploits the part of fallen human psychology—what she would call “the lizard brain” or the “reptilian brain,” also known as the amygdala—that is alert to threats and danger. In her view, tweaking the technology would be a small and futile effort against what can’t be changed in the human condition.

None of that was the problem. The problem was my sigh of resignation in response.

Feeling chastened, I reminded myself that I’m a Christian—and an evangelical one at that. My response was akin to the believer I heard several years ago arguing some issue in terms of “what Jesus would do if he were alive today”—until I interrupted with “Jesus is alive today.”

Putting aside whatever naturalistic assumptions are behind the terminology of lizard brain, …