T. B. Maston’s views on integration were controversial at his seminary. Today, they deserve a fresh hearing. 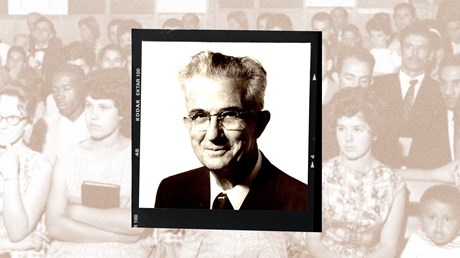 In the years before the Civil War, the major evangelical denominations divided into regional factions based in part upon their views of human enslavement. The DNA of each new Southern denominational tradition was imprinted with racism, casting a long shadow over their subsequent development.

The Southern Baptist Convention (SBC) was formed under these circumstances in 1845, and for most of its history, the Southern part was at least as important to the Convention’s identity as the Baptist part. Southern Baptists were a thoroughly white denomination that, for the most part, accepted and often defended the white supremacist status quo.

There were dissenters within the SBC who rejected the racist assumptions of their tradition and encouraged a more prophetic posture against racial segregation. Arguably, the most prominent among them was T. B. Maston (1897–1988), who taught ethics at Southwestern Baptist Theological Seminary from 1925 until a coerced retirement in 1963, occasioned by his views on race. Maston wrote widely on ethical topics, but one of the driving concerns of his ministry was advocating a biblical view of race that would undermine Jim Crow and ultimately lead to a holistic integration between Black and white communities.

Maston was no mere theorist. He modeled his views on race in his call for desegregating Southwestern Seminary and his personal relationships with Black seminarians. His writings and actions inspired two generations of denominational activists against racism, including pastors, missionaries, and professors.

In his new book, Integration: Race, T. B. Maston, and the Hope for the Desegregated Church, Paul J. Morrison offers a detailed study of Maston’s views …