Liberal Protestants built a global elite in the 20th century. Its fracturing holds a caution for evangelicals today. 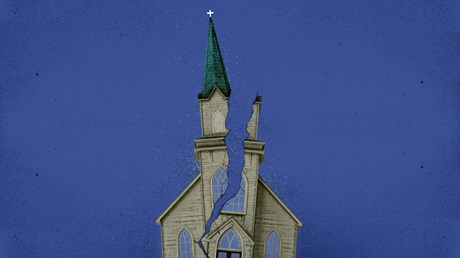 Political upheaval has produced a split within a large Christian community. The once-unified people have hardened into separate and oppositional cultures. On one side is a mix of institutional leaders, pastors, and intellectuals who claim a centrist, even progressive, mandate by God. Most of the seminaries, NGOs, and charities are run by these people, and those institutions tend to promote the same worldview. On the other side are pastors and allied political leaders who represent a numerically much larger group of Christians, many of them from the laity: business leaders, media personalities, and grassroots organizations headquartered in Washington, DC. This second group has staked out politically conservative territory and has made one of its chief aims the toppling of the other side.

Does any of this sound familiar

You might think this scenario describes the growing fault lines in American evangelicalism since 2016. It does, of course. But it also describes, with even greater accuracy, the state of affairs in liberal Protestantism 50 years ago, as documented in an excellent new work of scholarship, Gene Zubovich’s Before the Religious Right: Liberal Protestants, Human Rights, and the Polarization of the United States.

A professor of history at the University at Buffalo, Zubovich shines light on a dim corner of recent American history: the integral role that liberal, ecumenical Protestant leaders played in American liberalism in the mid-20th century, along with the underappreciated ways they helped drive the polarization that broke apart the mainline, opened the way for the Religious Right, and shaped our present moment.

Cracks in the edifice

The book’s subtitle mentions polarization, which implies a period of greater …