The Porter’s Gate offers an album of “Climate Vigil Songs.” 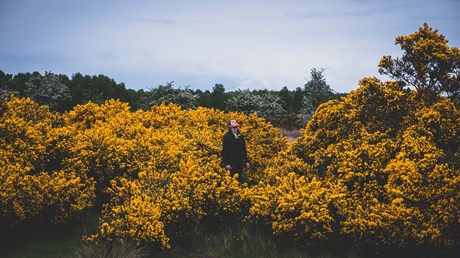 Deckers Creek, an Appalachian tributary that runs through Morgantown, West Virginia, was once clean and clear. These days, it often has an orange hue.

“That’s the heavy metals leaching into the creeks and ground water,” said Zac Morton, a pastor at First Presbyterian Church, a nearby congregation of roughly 250. “It’s notorious as an acid mine tributary.”

In Appalachia, Morton says, addressing climate change and weaving the theme of environmental justice into liturgy reflects the experiences of his community. His church members live in an area littered with reminders and effects of exploitative land use, from higher rates of childhood asthma linked to coal-powered plants to poor water quality due to runoff from nearby mines.

“People here are dealing with the consequences of mismanagement and exploitation of the land,” he said.

The global church is entering the Season of Creation, observed from September 1 until October 4, the Feast of Francis of Assisi, patron saint of ecology. Millions of Christians from various traditions will focus on creation and stewardship, including in their musical worship.

Music that meditates on beauty and laments its destruction can be a call to action and an antidote for despair. New resources from The Porter’s Gate Worship Project—the album Climate Vigil Songs (released in July 2022) and an accompanying worship guide—aim to help congregations make time for exultation, lament, and action.

When creating the album, The Porter’s Gate artists initially struggled to find a sense of hope amid the news of extreme weather disasters and uncertainty for the future.

“The vibe was, ‘This is all so dark.’ Is this whole record …