William Ruto credited God and church leaders for his victory. Should this be the model? 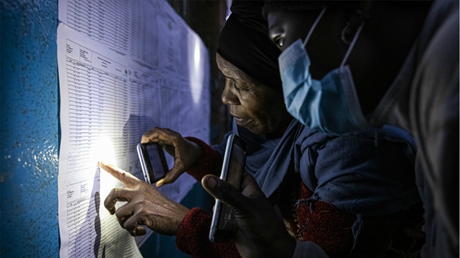 “We have worked hard,” the outgoing deputy president told his supporters after the Supreme Court ruled he won the presidency, defeating five-time challenger Raila Odinga. “But as the Bible teaches us … some trust in chariots, some trust in horses, but we trust in God.”

In another victory speech, Ruto credited the many pastors who opened their pulpits to him, accepted donations from his campaign, and urged their congregations to pray for his electoral triumph.

“I have been prayed into victory,” Ruto said.

But as the nation wrestles with the results of the contested election and fallout from the monthlong dispute over the legitimacy of the results, Christians in Kenya are left reflecting on the role believers should have in the fraught political system. Christians make up nearly 90 percent of the population. How should they push for their preferred policies, participate in the political jostle of a campaign, and work to prevent the violence that has too often followed national elections?

Few spoke out against one-party rule

Church leaders, like the rest of Kenya, are still adjusting to a multiple-party system. The nation achieved independence from Great Britain in 1963. But before the decade was out, all political power had been consolidated into a single party. The second president, Daniel arap Moi, stayed in power for nearly 25 years. He has been praised by some—including Ruto—for providing stability, but also accused of human rights violations and called a dictator.

Christians occasionally criticized Moi during his long presidency, but their voices were generally muted. Most supported Moi, even …