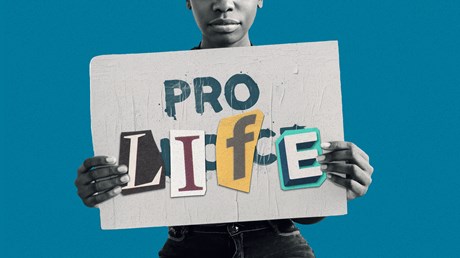 There was a time in the not-too-distant past when opposition to abortion united evangelical Christians across the political spectrum. Along with political conservatives, left-leaning advocates for the poor like Ron Sider spoke out against abortion.

In 1987, he published Completely Pro-Life as an explanation for why Christians should support a consistent life ethic. Sojourners magazine, the leading periodical of the evangelical Left, published several pieces against abortion in the 1980s.

But that moment is gone. This summer, when the Supreme Court’s decision to overturn Roe v. Wade ignited a political firestorm, the abortion debate became even more partisan than it already was, and some progressive evangelicals found it difficult to harmonize their social justice commitments and defense of women’s rights with antiabortion advocacy.

Though still claiming to be “consistently pro-life,” Sojourners reacted to the SCOTUS decision by publishing an editorial titled “Women’s Needs Are Holy. Overturning Roe Ignores That.” Another one of their editorials called for churches to help women find safe spaces for abortion.

If this is true of some Christian magazines and organizations, it’s probably even more true of Christians in the pews. Evangelical pastors who believe in the sanctity of unborn life know this better than anyone.

Those with urban congregations in blue states (or blue cities) have progressive-leaning attendees who now associate the pro-life label only with red-state Republicans, whom they sometimes view as Trump-supporting misogynists. Those church leaders may wonder if it’s even possible to talk about unborn life in a way that won’t drive their churches’ social …