Q&A with Jewish scholar Steven Fine on the history of a biblical minority. 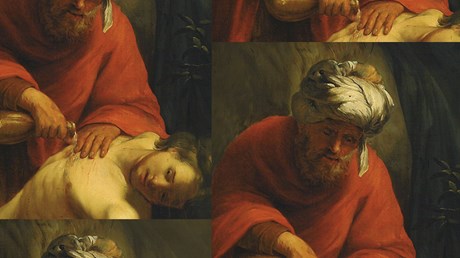 The Good Samaritan shows up in the Gospels as an apparent exception to his people, since he’s the “good” one. Then he exits the stage, presumably to go back to life with the rest of the Samaritans, with little explanation of what a “Samaritan” is or why that might have mattered to Jesus and his first followers.

A new exhibit at the Museum of the Bible in Washington, DC, opening on September 15, promises to expand our understanding of these biblical people. CT spoke to Steven Fine, a Jewish scholar at Yeshiva University, about the history of the Samaritans, their relationship to Jews and Christians, and how they can help us better understand the Bible.

If a regular churchgoer knows one thing about Samaritans, they know there was one good one. When Jesus tells that story, why does it matter that the Samaritan is a Samaritan?

What Jesus does in the story is miscast the part. The Samaritan should have been stereotypical bad guy in the first century, and here he is, he stops to help.

The story takes place in a horrible dry place in the Judean desert. It’s very uninviting. The priest has a reason for not stopping. Then the Levite, who helps in the temple, walks by and doesn’t help. You would expect the next stage of the story to be an Israelite. But it doesn’t go that way. It’s the Samaritan.

He’s the guy who is least likely to do the right thing, in the popular imagination. But he stops to help! That’s completely unexpected. That breaks the story. That’s why it’s such an interesting story.

Now I got to tell you, in Jewish literature not too long after, there is a rapprochement between Jews and Samaritans.