New study projects that the religious identity in the US will drop below 50 percent by 2070. 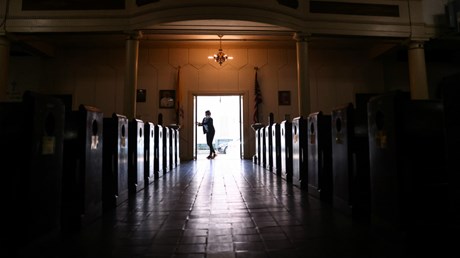 But given the country’s steady trends away from faith affiliation, experts don’t know what it would look like to see a return.

Analyzing surveys about religious identity and religious “switching” going back to 1972, and trying to project the American religious landscape out to the year 2070, they can’t say what demographic signs might indicate a coming swell of conversions.

“We’ve never seen it, and we don’t have the data to model a religious reversal,” Pew senior researcher Stephanie Kramer told CT. “There are some who say that revival never happens in an advanced economy. After secularization, you can’t put toothpaste back in the tube. But we don’t know that. We just don’t have the data.”

The data they do have, from 50 years of research by the General Social Survey and Pew’s own survey of 15,000 adults in 2019, indicates the current trend is inexorable. People are giving up on Christianity. They will continue to do so. And if you’re trying to predict the future religious landscape in America, according to Pew, the question is not whether Christianity will decline. It’s how fast and how far.

In a new study out today, Pew projects that in 2070, Christians will likely make up less than half the US population.

Currently, 64 percent of people say they are Christian, but nearly a third of those raised Christian eventually switch to “none” or “nothing in particular,” while only about 20 percent of those raised without religion become Christian. If that ratio of switching continues at a steady pace, then in roughly half a century, …