Abortion seemed like the obvious answer—until I met the Lord of life. 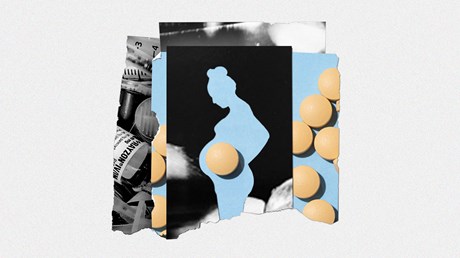 I was born in 1989 into a dysfunctional home in Glendale, Arizona. Alcohol and drug abuse had plagued our family for generations. My late father’s addictions earned him a revolving door in and out of prison. My mother got pregnant at 19 after running away from her own father’s abusive behavior. She raised me as a single parent, alongside live-in boyfriends. We moved frequently.

Having witnessed the horrors of drug and alcohol abuse firsthand, I entered junior high school vowing never to take drugs—at least until a fellow eighth-grader kept badgering me to try a marijuana joint at the school bus stop. I gave in, enjoying the thrill. But I told myself I would just smoke pot. Nothing else.

Desperate for love, I became sexually active at 13 and contracted a nasty STD two years later. I got hooked on alcohol from one drink at a high school party. Doing cocaine and methamphetamines followed. By age 15, I had quit high school and left home for a friend’s trailer, crawling with cockroaches and hungry mice, where I lived with a 19-year-old boyfriend.

Around that time, one of my mother’s boyfriends moved in with her. (They would later marry and have two sons.) Weary of wasting their lives with drugs and alcohol, they sought help. My mother gradually sobered up through Alcoholics Anonymous. Looking to escape the junk and craziness in Arizona, she decided to move us to New York state during the summer of 2007, when I was 17.

During our road trip north, I gobbled pills from a stash I had hidden. Upon reaching Tennessee when the pills were gone, I went crazy at rest stops searching for refills.

We ended up in Clinton, New York, a small village upstate. Again, I fell in with the wrong crowd after …