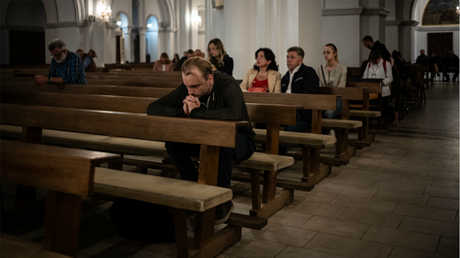 Six months after a Pentecostal pastor won a religious liberty case before the United Nations, Belarusian politicians are trying to strip citizens of the right to appeal to the intergovernmental organization.

The UN was the last court of appeal for Valentine Borovik.

Police raided the Pentecostal pastor’s Bible study in the western town of Mosty in June 2008 and charged him with illegally starting a religious organization. Prosecutors argued that the group did not meet the requirements to register as a church, since there were only 13 adults. But the Christians also could not meet without registering, since they “had all characteristics of a religious community.”

Borovik, objecting to this Catch-22 and claiming he had the right to meet with other believers without registering with the state, was convicted and fined. He appealed and lost, and appealed and lost again.

The case went to the Supreme Court. He lost there too, despite constitutional protections for “the performance of acts of worship and religious rituals and rites.”

“This case exemplifies the difficulties faced by Christians in Belarus,” Mervyn Thomas, founder of Christian Solidarity Worldwide, said at the time. “The Belarusian government must be pushed to respect its own laws and international commitments and to allow Belarusians to meet together and practice their faith freely.”