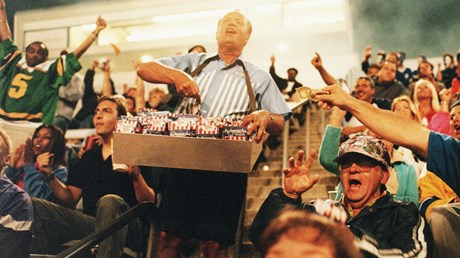 In the early 1990s Randall Balmer ascended to rarified air: He became an academic whose name resonated beyond the ivory tower.

The impetus was Balmer’s 1989 book Mine Eyes Have Seen the Glory, perfectly summarized by its subtitle as “a journey into the evangelical subculture in America.”

The power of Balmer’s book (and subsequent PBS series) came from the strength and clarity of his writing along with his willingness to dwell in paradox. He was both an insider (at least in his past) and an outsider, an academic expert and a curious journalist, an empathetic listener and a critical interpreter. He was willing to bring himself into the project, to identify with the people and the cultural spaces he visited and studied even as he kept himself at a scholarly distance.

Balmer’s book won the respect of academics and intellectuals as well as some evangelical insiders. “He has us pegged pretty well,” a reviewer in Christianity Today admitted.

Soon after Mine Eyes was published, a new popular subculture caught Balmer’s ear. Living in New York City, he came across the city’s growing sports talk radio scene. Here, grown men spent hours each day engaged in feverish debates over arcane details related to the local sports teams, like whether the manager of the New York Yankees should have called for a pinch hitter in the sixth inning.

“It left me speechless,” Balmer writes in the opening paragraph of his new book, Passion Plays: How Religion Shaped Sports in North America. And it also left him curious. He wanted to know more. Why were so many men—and it was primarily men, Balmer notes—drawn into this world? Why was he interested?