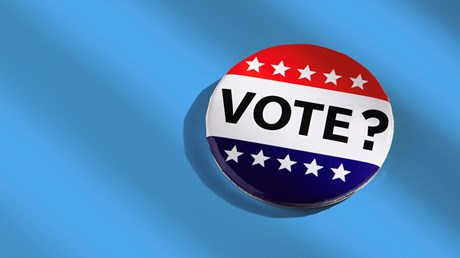 When Tennesseans go to vote this Election Day, they’ll be asked whether they want to amend an unusual section of their state constitution: a ban on ministers of religion seeking a seat in the state legislature. The clause, whose curious history has been reported by CT, hasn’t been enforced since the 1970s, when the Supreme Court ruled it an unacceptable constraint on religious rights. It’s still on the books, but pastors in Tennessee already can and do run for state house.

Meanwhile, Christians are busily preaching sermons and writing books to call one another to faithful political engagement. The message varies widely depending on who’s doing the preaching or writing: One man’s faithfulness is another’s capitulation to a godless culture of death.

But while we talk endlessly about faith and politics, I suspect few of us have an explicit and practical theory of political engagement. That is, we have a general inclination or sense of obligation to participate in politics in a way that involves our faith, but exactly what does that entail? I’d suggest there are four questions we should be asking here, two of which tend to get short shrift.

1. What does Scripture say about X?

This question is straightforward and the one we’re most used to asking (illustrated by a recent CT piece: “Is Student Loan Forgiveness Biblical?”). Of course, Scripture doesn’t speak directly to most modern policy …