Married parents and their kids have a calling that needs to be expanded, not obliterated. 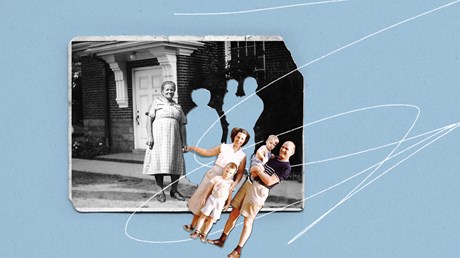 In pockets of Western Protestant culture, the image of a happy, put-together family unit has become an idol. Many of our church programming budgets are directed toward attracting young families, and those members who aren’t inside a traditional family unit are keenly aware of their status.

Singles become a problem to fix or fix up. Lone parents are pitied, and older unmarried adults get relegated to seniors’ clubs, widow support groups, or some other socially palliative program.

Christian authors are taking notice and rightly challenging how we think about marriage, family, and singleness in the church. For example, an excerpt from author Sam Allberry’s book 7 Myths about Singleness recently appeared in Plough magazine, detailing how singles and families with children benefit when they integrate their lives.

Allberry argues that nuclear families are too privatized and insulated from those around them. Other public figures like David Brooks have recently made similar claims.

Although Allberry’s insights are spot-on, editors at Plough added a subtitle that seems to move beyond his position. Their choice of phrasing reflects a sentiment I’ve observed among fellow Christians: “The concept of the nuclear family does a disservice to singles and families, and it’s not consistent with New Testament teachings.”

Nuclear family is increasingly wielded as a pejorative term and almost always used without a clear definition. Sometimes the term encapsulates gender roles with a breadwinner father and a homemaker mother. Other times it’s meant to describe the middle-class, suburban lifestyle. Allberry uses the phrase in reference to self-sufficient, sequestered families who are isolated from …