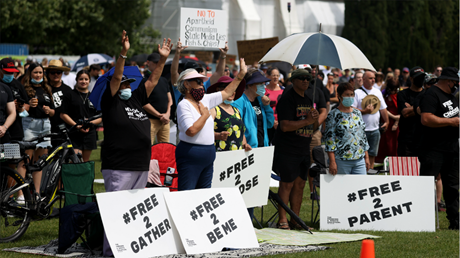 New Zealand’s High Court has ruled that government officials were not acting unlawfully when they restricted and regulated religious services during the COVID-19 pandemic. The court acknowledged that rules curtailed the protected right to “manifest religious beliefs” but deemed that allowable in a health emergency.

Starting in December 2021, the New Zealand government limited religious gatherings to 100 vaccinated people or 25 unvaccinated people. Face masks were also required if the house of worship shared the site with any other groups. The government’s director-general of health, Ashley Bloomfield, deemed religious gatherings “high risk” because of the presence of elderly and immune-compromised people.

Some religious leaders complained the restrictions were reminiscent of Nazi Germany, and one was briefly jailed for refusing to comply.

Twenty-four Christian pastors and one Muslim imam sued Chris Hipkins, the minister for COVID-19 response, and Bloomfield, claiming the regulations violated their religious freedom. The New Zealand Bill of Rights Act 1990 (BORA) says that "every person has the right to manifest that person’s religion or belief in worship, observance, practice, or teaching, either individually or in community with others, and either in public or in private.”

Justice Cheryl Gwyn ruled, however, that though the COVID-19 rules did restrict religious freedom, that was justified by the need to reduce the risk to public health during a pandemic. The right to manifest religious belief is protected, but not absolute. According to the International Covenant on Civil and Political Rights, also signed by the United States, religious freedom can be limited in the interests …