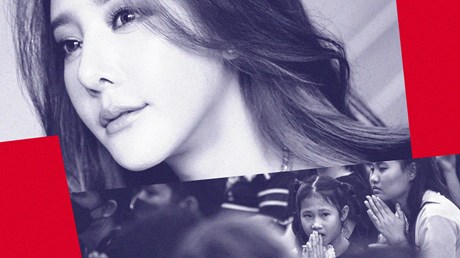 After Pimduan “Duan” Nagaviroj heard about the drowning death of 37-year-old Nida Patcharaveerapong in February, she joined millions of other Thais in watching the livestream of the funeral honoring the famous TV actress, better known as Tangmo.

Duan, who works as a consul of the Royal Thai Consulate General in Penang, Malaysia, was intrigued by the gospel message presented in the three-day memorial.

“I paid attention to everything said and was most impressed by the message that Christians do not fear death,” she said. “I learned that God loves everyone, and I decided that I wanted to know him.”

After the third night of the service, she messaged the church contact listed on the livestream to learn more about Christianity, and the church staff encouraged her to find a local church. She visited Wesley Methodist Church in Penang and joined the church’s online Alpha Course, an evangelism program. “After only a few lessons, I accepted Jesus Christ as my Savior and I wanted to be baptized,” she said.

Pastors in Bangkok say Tangmo’s memorial service in March was the largest evangelistic outreach ever put on in Thailand, where 93 percent of the population is Buddhist and only about 1 percent Christian. While Tangmo was known for her appearances in Thai dramas and her tabloid-headline exploits, she also stood out as an outspoken Christian.

The livestream of the memorial brought in 12 million views, and Thai pastors say that afterward, they saw an increase in newcomers interested in learning more about Christianity.

“God opened a door through the death of a woman who loved God immensely,” said Thongchai Pradubchananurat, who pastors Bangkok’s Church of Joy and …