The Bible-based video game company TruPlay and the charity Compassion International step into the crypto world. 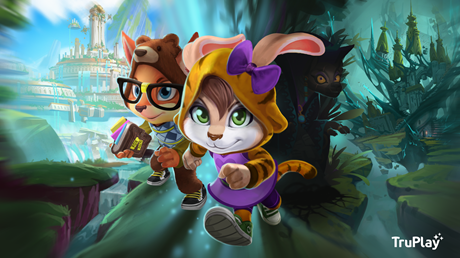 With big green eyes, Maple the bunny dons a bright orange tiger costume. A character in the Christian video game world called RhymVerse, her loyal and courageous personality carries her through her heroic adventures. She and her friends must face dark forces in games like Maple and the Forest of Words.

Last month, designs of Maple and six other characters were sold as non-fungible tokens (NFTs) by TruPlay, a Christian entertainment company that offers a variety of family-friendly mobile games.

NFTs like Maple are digital art pieces that can be bought and sold. When they are bought, the rights to that unique piece of art are transferred to the new owner, said TruPlay CEO and founder Brent Dusing.

In the case of the RhymVerse characters—which TruPlay says represent the first and biggest NFT release from a Christian tech company—the NFTs are a way for families to back their video game venture. Dusing said it’s “like a next-generation way to get the community involved in helping to build and support financially things they want to see.”

From South Africa to the Philippines, Christians purchased TruPlay’s first 6,650 Genesis NFTs within 10 minutes of their release, according to the company’s press release.

While TruPlay sold the NFTs for free, consumers then sold, bought, and traded them after that, with the company earning 10 percent of these transactions. The secondary sales of the NFTs yielded more than $200,000 in volume on OpenSea, the world’s largest NFT marketplace. In the first 24 hours of sales, the company placed in the Top 10 on OpenSea globally.

Dusing said he was amazed by the response and thanked God. To him, offering NFTs as a Christian company follows a long tradition …