A serious drug arrest had darkened my horizon. But a sweet, soft voice whispered words of hope. 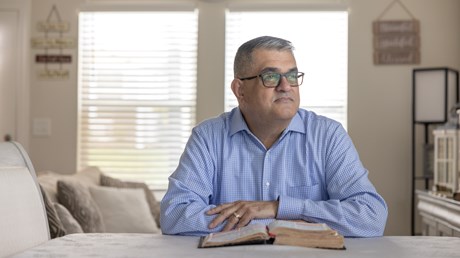 It was March 13, 1986, a snowy Thursday night. I was all alone and getting high. But I had also gotten drunk on fantasies of somehow becoming a drug kingpin at age 18.

Earlier that night, I had left my brother’s house in Newburgh, New York, to deliver 4.5 ounces of cocaine to one of his customers. I hadn’t noticed the headlight out on Dad’s pristine red 1978 Plymouth Volare, but the New York state trooper sure did. After pulling me over, he also noticed that I was driving under the influence, not to mention the lump protruding from the left pocket of my leather jacket.

I was young and naive, clueless about what lay ahead. But the stark reality caught up with me later as I sat in a cold cell at the Orange County Jail in Goshen, New York, where I wrapped a bed sheet from an old cot around my neck and began tightening it. Death seemed like the only way out of this mess. I was trapped. Hopeless. Finished.

As the sheet got tighter, the world started fading away. But just before succumbing to the darkness, I heard a voice in my native Spanish: “Eduardo, no lo hagas. Hay esperanza para tu vida.” (“Eduardo, don’t do it. There is hope for your life.”)

That sweet, soft voice saved my life that day—and has changed it every day since.

I was born in Uruguay, but my parents moved to Queens soon after. We lived there for a few years before they got divorced. At age five, I went to live with my mom’s parents back in Uruguay, where I experienced feelings of loneliness and hopelessness. From attending a new school to speaking a new language to navigating an unfamiliar culture, everything was changing at a disorienting pace.

Mom rejoined me two years later. She was a …