Christian formation is central to civic renewal, not the other way around. 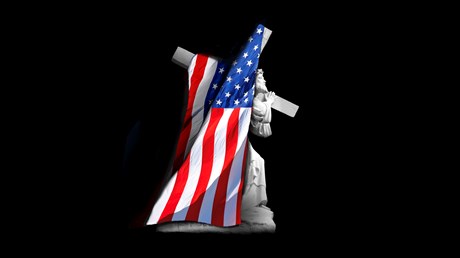 When voters go to the polls for US midterm elections this November, many will be motivated by a sense that the other side seeks to bully them.

According to a poll from the University of Chicago’s Institute of Politics, nearly identical percentages of Democrats (74%) and Republicans (73%) believe members of the opposing party are “generally bullies who want to impose their political beliefs on those who disagree.”

Similarly high percentages of Americans in both parties believe that members of the other side tend to be “generally untruthful and are pushing disinformation.”

These statistics reflect what a group of social scientists have termed “political sectarianism”—a “poisonous cocktail of othering, aversion and moralism” that “poses a threat to democracy.”

Sectarianism poses a threat to democracy because self-governance only makes sense in a culture where citizens care and think about someone other than themselves. According to a recent survey from Pew, however, most American voters believe public servants (let alone other voters) are in office to promote their own personal interests.

Here’s the deeper danger: Political sectarianism—and the culture it promotes—enables a destructive and suffocating social imaginary. Toxic politics deforms the whole person, along with their relationships and practices. It causes spiritual harm. Our civic culture doesn’t shape governance alone; it affects ever-expanding realms of the social and emotional.

We also need to come to terms with how much it claims and dictates our theology.

On the first Sunday after the tragic 2017 shooting massacre in Las Vegas, my pastor, David Hanke, shared the following …