Despite long-term trends away from religion, Barna Group finds openness in teens. 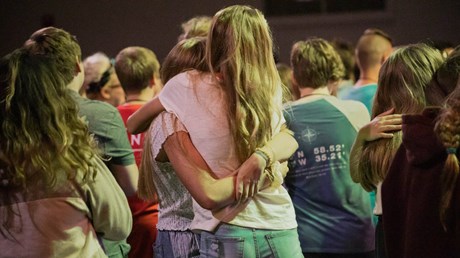 Half of teenagers around the world say that Jesus is loving, trustworthy, and wise.

The evangelical polling firm has released the first part of a three-part study on teenagers from 26 countries around the world, looking at their views on Jesus, the Bible, and justice. It’s the largest survey Barna has done in its 38-year history, working with seven partner organizations to survey more than 25,000 representatives from Gen Z who are between the ages of 13 and 17.

Barna found that in the United States 65 percent of teenagers identify as Christians—a notably high number when compared to declining rates of religious identity. Globally, 52 percent of teens identify as Christians. Beyond that, the majority of teens surveyed have positive things to say about Jesus, and roughly six out of ten say they are motivated to know more about him.

The study found “a lot of just openness, country over country,” said Daniel Copeland, lead researcher on the project.

“We titled this study ‘The Open Generation’ because that is the kind of glaring thing when you look at this data,” Copeland said. “You don’t see any closedness around the globe. You don’t see any rejection.”

The Barna study is one of a number of efforts to identify the religious commitments of Gen Z. Researchers are curious whether the next generation, typically defined as those born between 1997 and 2012, will continue the trend away from organized religion. The two generations before them, millennials and Gen X, …