With abortions now legal up to 20 weeks, the two faiths share common cause but not common effort on the sanctity of life. 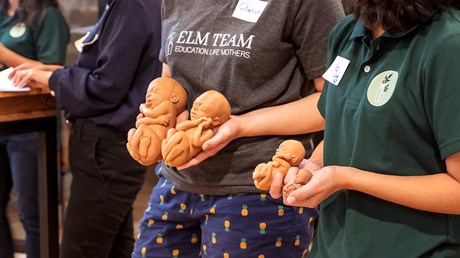 Starting today, abortions are legal in Thailand up to 20 weeks, an extension of the current 12-week limit. It’s a stark turnaround in the Buddhist-majority country, which until February 2020 banned abortions with some exceptions.

That’s when Thailand’s Constitutional Court struck down the statutes in its criminal code that had imposed fines and prison terms for those who perform or receive an illegal abortion, declaring the law to be unconstitutional. As a result, the Thai parliament passed the 12-week abortion law last year.

The Southeast Asian nation’s abortion restrictions have historically been stricter than much of the rest of the world as Theravada Buddhists (which make up 93 percent of the population) believe abortion is a sin that violates the first Buddhist precept forbidding the killing of any living thing.

Yet the shame in Thai society surrounding unwed mothers and teen pregnancies, as well as economic stress, has long led women to get abortions illegally or by claiming mental health exemptions. This month’s change in abortion regulations reveals a shift in concern from the life of the unborn baby to the mother’s situation.

Some Thai Christians and Buddhists are speaking out against the new abortion law, citing a common concern about the sanctity of life. They are also working at the grassroots level to prevent abortions by providing sex education and pushing for greater government aid for single mothers. Several Christian ministries work to counsel women with unplanned pregnancies as well as those who have already had abortions.