Christian pro-life activists have their eyes on a record-high number of ballot measures, including state constitutional amendments. 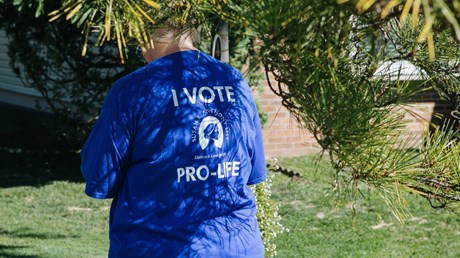 For decades, pro-life advocates argued that overturning Roe v. Wade would enable each state to determine its own abortion policy. Abortion measures will appear on five state ballots on Election Day this year, the most in US history.

But the country got its first glimpse at post-Roe abortion referendums months before November 8. Back in August, Kansas became the first state to vote on abortion rights, rejecting a ballot measure declaring the state constitution “does not require government funding of abortion and does not create or secure a right to abortion.”

Activists saw the outcome, fueled by record turnout from young women, as a sign of enthusiasm from pro-choice voters. Last week, Pew Research Forum released its latest polls, which show that Democratic voters are nearly twice as likely as Republicans to consider abortion a very important issue (55% to 29%).

Soon, voters in Michigan, California, Vermont, Montana, and Kentucky will also vote on the issue of abortion rights without a federal abortion law in place.

“My hope is that the Kansas amendment’s failure can serve as a reminder that the deliberate and thoughtful work of the pro-life movement must continue as we change one heart at a time, state by state,” Southern Baptist Ethics and Religious Liberty Commission president Brent Leatherwood said in August.