Established in the Ottoman era, Western-birthed educational institutions continue to play a leading role in shaping the public discourse of Israel’s Palestinian citizens. 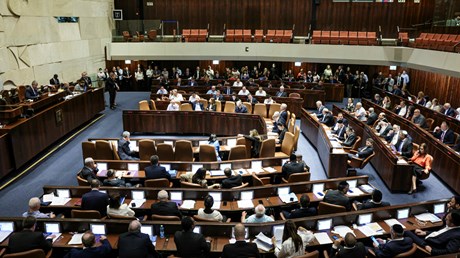 Amid the recent chaos of Israel’s elections has been one overlooked constant: Arab lawmakers educated in Christian schools.

Of the 13 Arab members in the Knesset (MKs), Israel’s 120-member parliament, five are graduates of church-owned institutions.

Four of them are Muslim.

Across the Jewish state, 30 Christian schools educate 25,000 students—40 percent from Muslim families. This represents 5.5 percent of all Arab students, making the representation of their alumni in the Knesset much higher than in the general population.

Better known—at least in Israel—are leading graduates in other sectors of society. Fahed Hakim directs the Nazareth Hospital, Johny Srouji is a senior vice president at Apple, and Salim Joubran served as a justice at the Supreme Court of Israel.

As Israel faces on November 1 its fifth election in three years, a handful of Christian school graduates populate the various electoral lists. Previous MKs served in three of the four now-disbanded Joint Lists of Arab political parties (excluding Islamists), and in two of the Jewish leftist groups, Labor and Meretz.

In the last four elections, no Israeli politician has been able to form a sustainable government. This deadlock is the result of deep and uncompromising fragmentation in the political scene, strangely caused by a single politician: former prime minister Benjamin Netanyahu, nicknamed “Bibi.”

Known internationally for his …