As partisan fighting turns into physical attacks against public figures, evangelicals lack consensus on when political violence is justified. 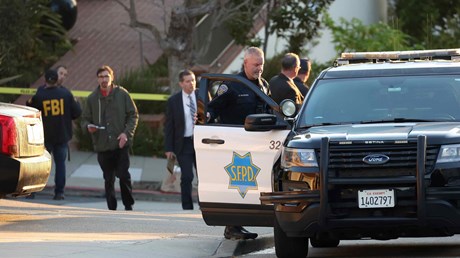 This past summer, two weeks after a man allegedly attempted an assassination of US Supreme Court justice Brett Kavanaugh over abortion and gun control, the Presbyterian Church in America (PCA) at its general assembly debated a statement condemning political violence.

The statement noted, in part, a “a growing number of personal threats to public officials” and condemned “the destruction of property and the infliction of bodily violence against political opponents.”

Elders on the debate floor objected to the resolution. One elder speaking against the statement said that without political violence, the Protestant Reformation and American Revolution wouldn’t have happened. “We’d all still be genuflecting and using holy water,” he said.

A pastor in Florida went to the microphone and noted his Cuban roots, saying that sometimes it’s right to “pick up the sword.”

“This statement would condemn the very existence of this country,” said Aldo Leon. “It’s important to be very, very clear about this in the kind of country we live right now, with a … growing tendency for an overextended federal power.”

The denomination voted down the statement, with 75 percent opposing it.

American Christians don’t have clear thinking about when political violence is justified, according to historians, theologians, and pastors who have studied the subject and followed …