Our vote is not the reason for the hope we have. 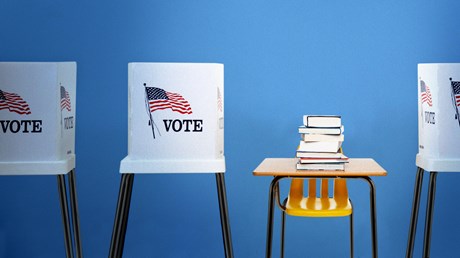 In an earlier internet age, I remember hoping that the internet would make us all so well informed. We could keep tabs on everything, from local news to the chaos of Washington and happenings of the wider world.

Indeed, the mere act of being aware of newsy content seemed like a virtue—why else had “raising awareness” about this cause or that campaign become a national preoccupation? We’d become better citizens, the thinking went, because we’d be better-informed citizens. We could vote with more care and nuance because it’d be easier to research candidates and interact with them online. A constant, unlimited flow of information would be good for America.

Or not. That simple optimism is impossible to summon now, and though being politically well informed is a good thing, the prospect can sound more exhausting than enticing. Now we know that consuming political media can distort our perception of our political opponents, that airing our opinions online makes it harder to admit when we’re wrong, and that on platforms like TikTok and Twitter “falsehood diffuses significantly farther, faster, deeper, and more broadly than the truth,” as MIT researcher Sinan Aral put it.

The knowledge of the good and evil of our media landscape has left many torn, I think, between competing impulses: an uneasiness with the habits involved in being politically informed and a sense that it’s a civic duty.

But this week before the midterms, I’d suggest a third way: It’s okay to cram before you vote. We don’t have to stay at Election Day–levels of political competence all the time. We can study up this weekend, vote if that’s where research leads, and go back to other, …