Some evangelicals are endorsing political violence. It needs to stop. 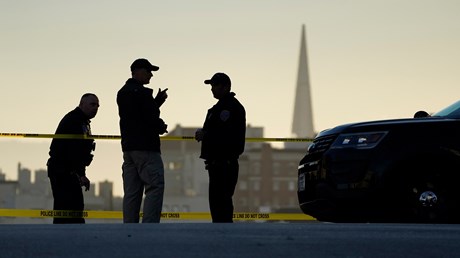 The image was of a pair of underwear with a hammer, and the caption said, “Get it now: Paul Pelosi Halloween costume.” After a friend sent me the link, I was almost shaking with rage. Within an hour or so, Donald Trump Jr. would post the same image with a similar message, but it was the first one that left me angry—because it was posted by someone who claims to be a follower of Jesus Christ.

Keep in mind what we have witnessed this week: A man with a history of following conspiracy theories—including 2020 election denial—broke into the San Francisco home of Speaker of the House Nancy Pelosi, took a hammer, and beat the Speaker’s husband until he needed critical surgery.

Police report that the man went through the house, yelling “Where’s Nancy?” The language is a direct echo of screams from insurrectionists on January 6, who swarmed outside the Speaker’s office after attacking and ransacking the Capitol.

Within hours of the Pelosi attack, the typical internet mobs spread lies and conspiracy theories about the event, some of them too vile and obviously fabricated to even mention here.

A friend asked why I was so upset about the allegedly evangelical man who posted the “joke” about Pelosi’s attempted murder. After all, we’ve seen for years his troll-like behavior on and off social media. “Why are you surprised?” my friend said. “That guy has shown who he is for years. I feel sorry for him.”

But that’s the point. This is not an isolated incident from one sad, angry, and “extremely online” guy. It reflects an increasing trend among some Christians.

Take for example Charlie Kirk, who …